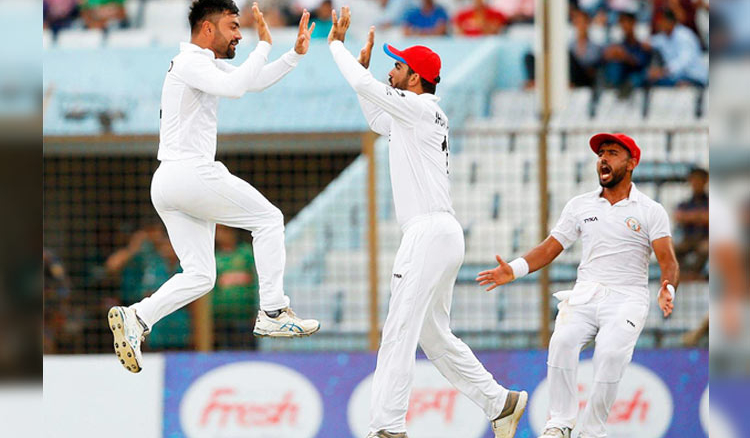 Cricket is a household game, and might have had its history of quite a long time, but there are very few teams who have started officially participating in the game for a little while now. Teams like Ireland, Netherlands and Afghanistan are new nations taking part in the international formats of the game compared to teams like India, Pakistan, Australia or the origin of the sport, England.

Afghanistan started their Test run for the first time last year, where they fought opposite an all experienced Indian team, and succumbed to a defeat. However, this was not the way Afghanistan planned on going forward, when they clashed against the newcomer Ireland to register their first win of the long format. In a war-torn Afghanistan, Cricket is the national sport, and they surely have been improving from the turmoil, and so is visible in their national game.

Afghanistan have been going strong since they faced Ireland, and they proved the same yet again this time against Bangladesh. In the 1st match, banking on Rahmat Shah’s brilliant century Afghanistan had registered 342, in the 2nd match, debutant Ibrahim Zadran’s 87 added to the misery of Bangladesh as they scored in the 2nd innings, 260. Bangladesh only managed to score a 205 in the first innings, while only 173 in the 2nd.

In a rain threatening weather, Afghanistan added another major milestone, winning with 224 runs against Bangladesh and equaled Australia’s long standing record of recording 2 Test victories in the least number of matches. The same feat was achieved by Australia in 3 matches, which now Afghanistan have surpassed with their 2nd win. The brilliance and consistency of Rashid Khan in both innings have already recorded 9 wickets. Afghanistan will look forward to keep their winning-spree going, Bangladesh will have to reconsider their strategies if they wish to turn things around.