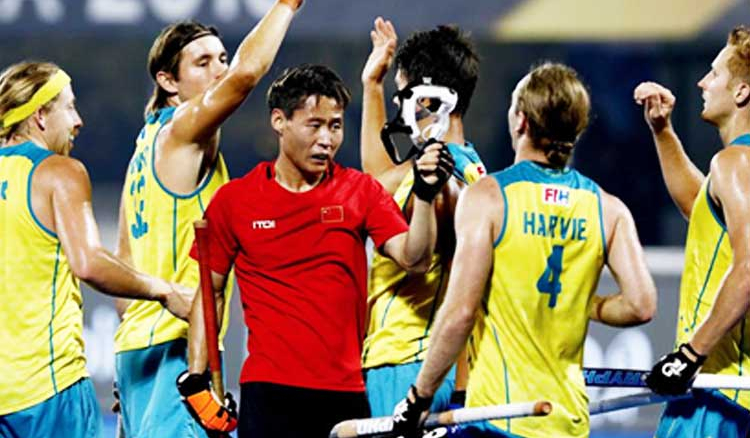 Australia provided China a hockey clinic session after routing them 11-0 in the Hockey World Cup 2018. The entire match was a one way traffic, with Australia dominating the whole game from minute one. Blake Govers scored a hat-trick, and the remaining goals of the match were scored by Tim Brand (scored two goals), and Aran Zalewski, Tom Craig, Jeremy Hayward, Jake Whetton, Dylan Wotherspoon and Flynn Ogilive contributing one goal each. Australia tops the group with England at second position after they defeated Ireland 4-2. The inexperienced Chinese team played the whole tournament with a lot of confidence and energy up until their match with Australia. England would be facing New Zealand in the first crossover on Monday and China would be locking horns with France in the second crossover.