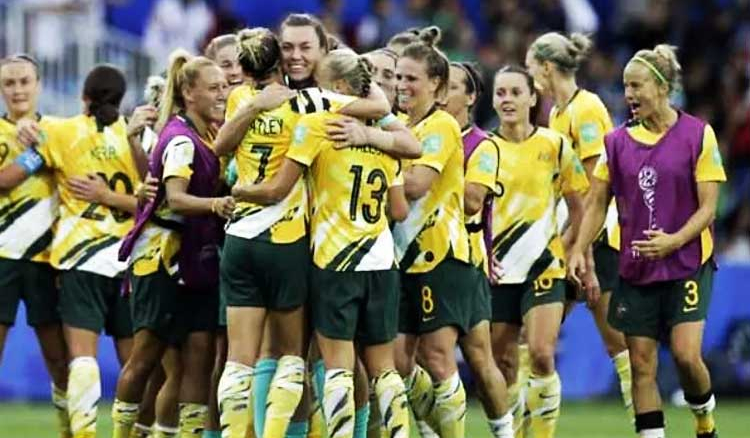 An intriguing clash between Australian and Brazilian women in the ongoing FIFA World Cup saw the Aussies made a thrilling come back to the tournament after their defeat against Italy early on. Brazil had a good win registered to their name in their previous game against Jamaica quite comfortably.

Brazil’s sharp approach was already keeping Aussies on the edge and it was getting clearer that Brazil was taking possession of the game and dominating the field very early. Within 14 minutes of Brazil’s midfielder, Formiga got awarded with her 2nd Yellow Card and by the 26th minute Brazil got themselves a penalty shoot but Australia was definitely not happy with the decision. Without a mistake midfielder, Marta scored a classy goal into the bottom of the box as Aussie goalkeeper Williams was baffled by her strike. Brazil took the fight bit further with repeated attacks and manages to double their lead in the 38th minute when Christiane Rozeira went forward to reach the ball first and head it into the ground registering the 2 goals. However, the Australian side were giving a good fight and in the 46th minute Brazil’s goalkeeper went a bit far to stop the cross from Yallop while striker Caitlin Foord was waiting by the goal to get the ball inside the empty post and they played accordingly to lessen the building pressure on them by a good attacking Brazil.

After the first half, both teams were giving each other a good tussle, but Australia broke the silence as Chole Logarzo put on a spectacular show by firing the ball low at the goal dragging the 2 Brazilian defenders after her but, in the end, levelling the scores. Australia eliminated the lead set by Brazil with the final goal tricking Brazilian defender Monica Hickmann Alves to score an own goal. Trying to stop the long shot fired by Catly, Monica attempts to put the ball on the others side stop it from reaching Sam Kerr, but unfortunately, she turns the ball pass Barbara shooting inside her own goal. The rest of the time Australia gave a tough competition at restricting Brazil from scoring any more goals and thus winning the game by 3-2 at the group stage of FIFA World Cup.