On Monday, the country’s football federation (CBF) announced the decision of Brazil’s nation team captaincy to be given to Alves after replacing Neymar - Googly Mania
Trending 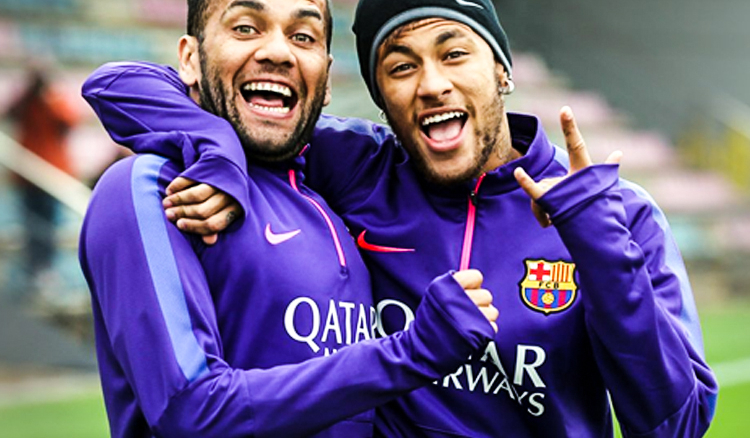 Brazil gets a New Captain for Copa America

Just after the clouds of one controversy was clearing out, Brazil champ, Neymar da Silva Santos Jr. found himself in another tight spot. After the exclusion of Brazil from the 2018 FIFA World Cup against Belgium in Quarter-finals, the then Captain of Brazil, Miranda was replaced by Neymar and he has been leading the team since then. Neymar first garnered some recognition this year, through a controversy that reportedly left him with a 3-match ban by French football authorities. Neymar was allegedly seen hitting a fan and hurling abuses at him after the fan reportedly mocked the team as the team filed up to collect their French Cup runners-up medals earlier this month after PSG’s French Cup final loss to Stade Rennes.

With the Copa America about to start in few days and an active ban and controversies surrounding Neymar made Brazil’s coach Tite had to alter his decision at the penultimate moment by removing Neymar as Captain of the Brazil National Football team, and thus the captaincy to given to Dani Alves. On Monday, the country’s football federation (CBF) announced the decision of Brazil’s National Football team captaincy to be given to Alves after replacing Neymar. Right back Alves, who has 138 caps for Brazil, was informed of his new role on Sunday. The 36-year-old has captained his country on four previous occasions, the last of which was a 1-0 friendly victory over Germany in 2018. Eight-time winners Brazil will be facing Bolivia, Venezuela and Peru in the group stage, which starts on June 14, after two friendlies against Qatar and Honduras.