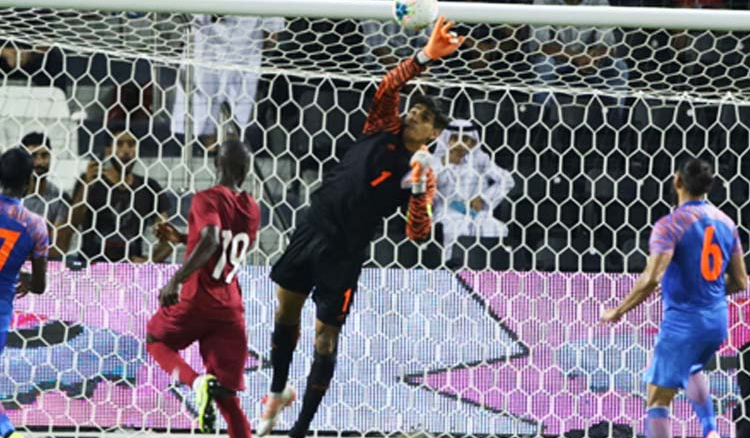 India’s dream run might not have the perfect start they would have wished for against Oman, but the team was all set to turn things around and not give up on their chances of FIFA qualification. Oman have been a tough opponent, and despite an early lead, India could not hold the same tally at the penultimate moment. But in the next game against Asia Cup Champions Qatar, India restricted Qatar for a goalless draw, as Gurpreet Singh Sandhu became the pillar to rob Qatar off of their scoring options.

From the beginning of the match Qatar have been overshadowing the Indian side, proving their champions tag all over the ground. Indian attacks were left stranded to protect Qatar’s counter-attacks, and Qatar, penetrating through India’s defense scared the national side plenty of times. But India did not need to worry with goalkeeper and stand-in captain Gurpreet Singh Sandhu protecting the goalpost with so much intensity that Qatar did not even manage a single shot past him.

Qatar at least produced a dozen chances aimed perfectly but all were defended well like a wall by Sandhu. 61st ranked Qatar, were furious to add a winning point into the table, but it was not possible as 103rd ranked India were not ready to grass their chances after a strong defense. After 90minutes of trying, Gurpreet stood tall in front of the Indian post, stopping all attacks resulting in a goalless draw. Each side received 1 point, as Qatar registered 4 points topping the table, and India opened their scorecard with first point secured from a draw. 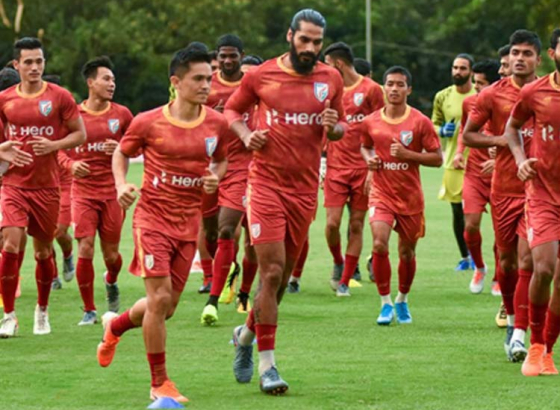