Void to be Filled at Top - Googly Mania
Trending 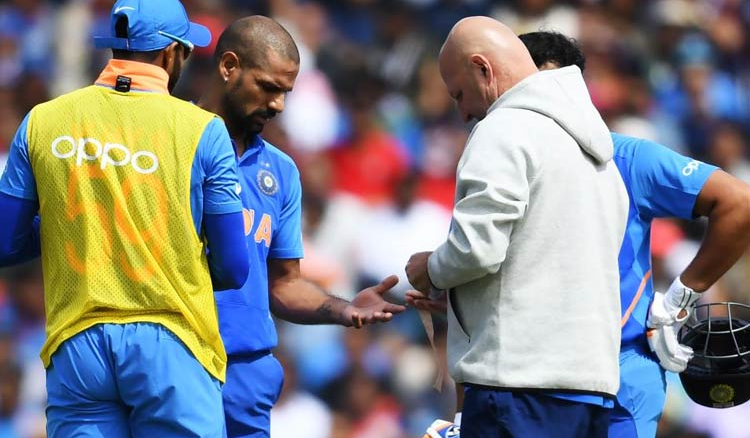 Void to be Filled at Top

This year, the Indian Cricket team began their journey in the World Cup with a strong start, defeating South Africa and Australia early in the tournament’s group stage. With ICC top ranking in both batting and bowling, Indian team was already expected to put forth a good competition throughout the game, and the Indian supporters were also keen on believing on the team to bring the trophy back home after 8 long years.

However, the team ran into a little snag, when the opening batsmen Shikhar Dhawan got injured during their previous game at The Oval stadium against Australia. The defending champions were desperate to cease early wickets at the start of the innings and during Pat Cummins’ pace attacks, Shikhar Dhawan gets hit by the ball in his left thumb. Initially, he received some treatment on field and the rest became history, as Dhawan cruised India to an easy victory with his 117 knock off 109 balls. He didn’t come out to field in the second half of the game and later his injury turned out to be a serious one, resulting him to be ruled out of India’s next World Cup game against the Kiwis. According to reports, Shikhar Dhawan will remain under medical observation and is certain to miss out the next match while Rishab Pant was called out by directors to fill in the void.

Dhawan’s injury could affect the Indian winning campaign as he has been a crucial part of the opening duo alongside Rohit Sharma, both of whom have been contributing to the team’s steady line-up in the last few years. Apart from that, Dhawan has been in a good form and he is also best suited for the English pitch, as his record prevails. The first 3 players in the Indian batting line up, Rohit Sharma, Shikhar Dhawan and Virat Kohli together have contributed at least half of the total runs scored by the whole team in the last 5 years. With the no.4 slot still in question and now Dhawan being ruled out, India is in dire need to reform their top-order, keeping in mind Dhawan’s replacement would be tough call.