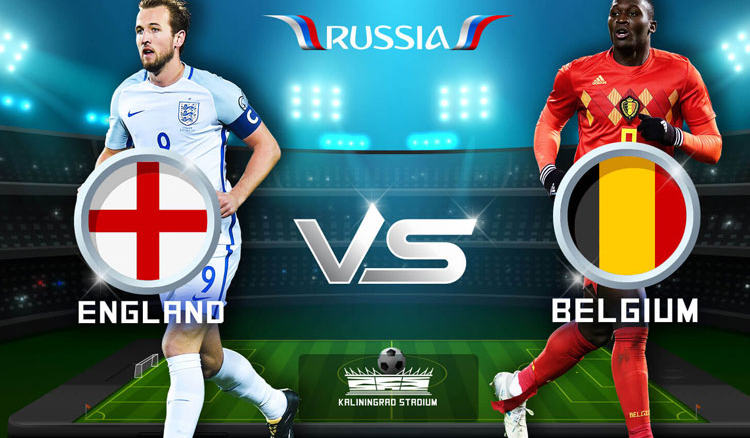 Although France and Croatia have qualified for the finals, the World Cup is not over yet for England and Belgium. Both the teams are heartbroken after their defeat, but they still have one last chance to grab the bronze medal in St.Petersburg on Saturday. The Red Devils went down to France in a high intensity clash, followed by the Lions who were knocked out of the race by Croatia on Wednesday that set up the final showdown.

England and Belgium have faced each other 21 times in total, including two World Cup matches. England have won 15 times, and Belgium just once, while the rest of the matches ended in draws.

Both the teams have come a long way and went through a lot of improvements. The teams have even given out World Cup favourites including Lukaku, Kane and Hazard. England will be looking to attack the porous Belgian defence. Adding to this fact, the wing back will also be a tough spot with Meunier and Carrasco being rested and Chadli taking up the spot (considering the fact that he was ineffective in the previous match). The match will also be a Golden Boot race between Kane (6 goals) and Lukaku (4 goals). However, Belgium still has a better hand over England owing to their pace and attack.

The fans of both the teams expect them to return with the third place tag as a consolation. The 66,000 people in the stands and millions in front of the television will be expecting a good showdown.