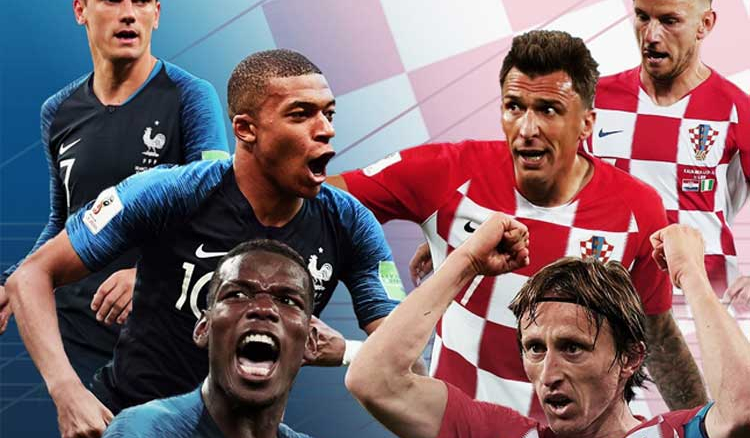 The Les Blues will be playing the World Cup 2018 finals at the Luzhniki Stadium, Moscow, this Sunday against Croatia, who qualified after a tough face off against England in the semis . Even an average soccer fan knows that this is going to be a contest loaded with talent and skills.

The two nations have faced each other 5 times in history, with France winning three and the most recent ones ending in a draw. The most significant face-off between them was the 1998 World Cup semis, where France scraped through with a 2-1 win over the Croats.

Both sides have pace and force in their respective midfields and flanks with France’s Kante and M’bappe expected to have a lot of weight on their shoulders. The Croatian fans will be putting a lot of faith in Modric and Rakitic, who have been integral for the Croatian squad. Griezmann and Mandzukic, will undoubtedly be the game-changing players, and would also be fighting a personal battle for the Golden Ball, both of them being the top scorers of their respective sides. Both teams are already blessed with a strong defence, and as we already know, good offence wins you matches but a good defence wins you tournaments.

Thanks to the new set of rules, no player will be missed in the finals through suspension, which means both the teams will field their strongest eleven. However, France gets two days to regain their glucose levels, while Croatia have played 360 minutes in their last three matches. On top of this, a lot of players from both the teams are teammates/rivals in their respective domestic leagues and are aware of each other’s strengths and weaknesses.

Most football pundits, without any hesitation, would be quick to label France as the favourites to lift the cup, but this Croatian side has done justice to their dark horse tag and might go all the way.

Winner takes it all.